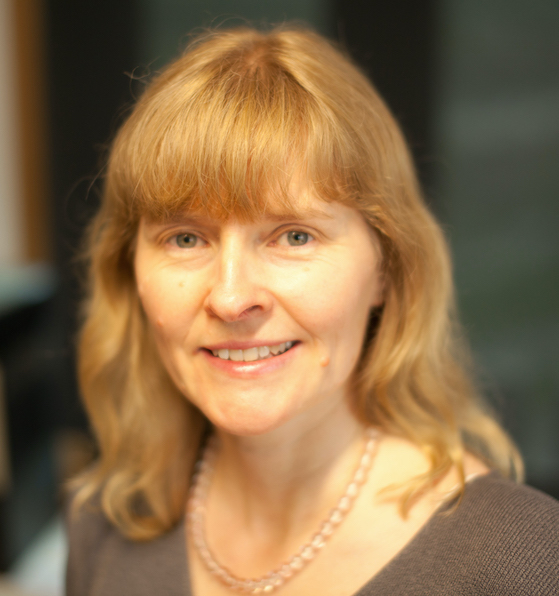 Judith MacManus-Driscoll is Professor in the Materials Science at the University of Cambridge. She is also Royal Academy of Engineering Chair in Emerging Technologies. Her research work is in the area of oxide thin film engineering for energy efficient materials and devices. For over 30 years, she has worked on a wide range of functional materials including superconductors, ferroics, and semiconductors. She is interested in both understanding of basic functionalities and in engineering new interfacial-driven properties. For this purpose she designs, fabricates and analyses novel nanostructured films (superlattice approaches and self-assembled ordered nanocomposites). 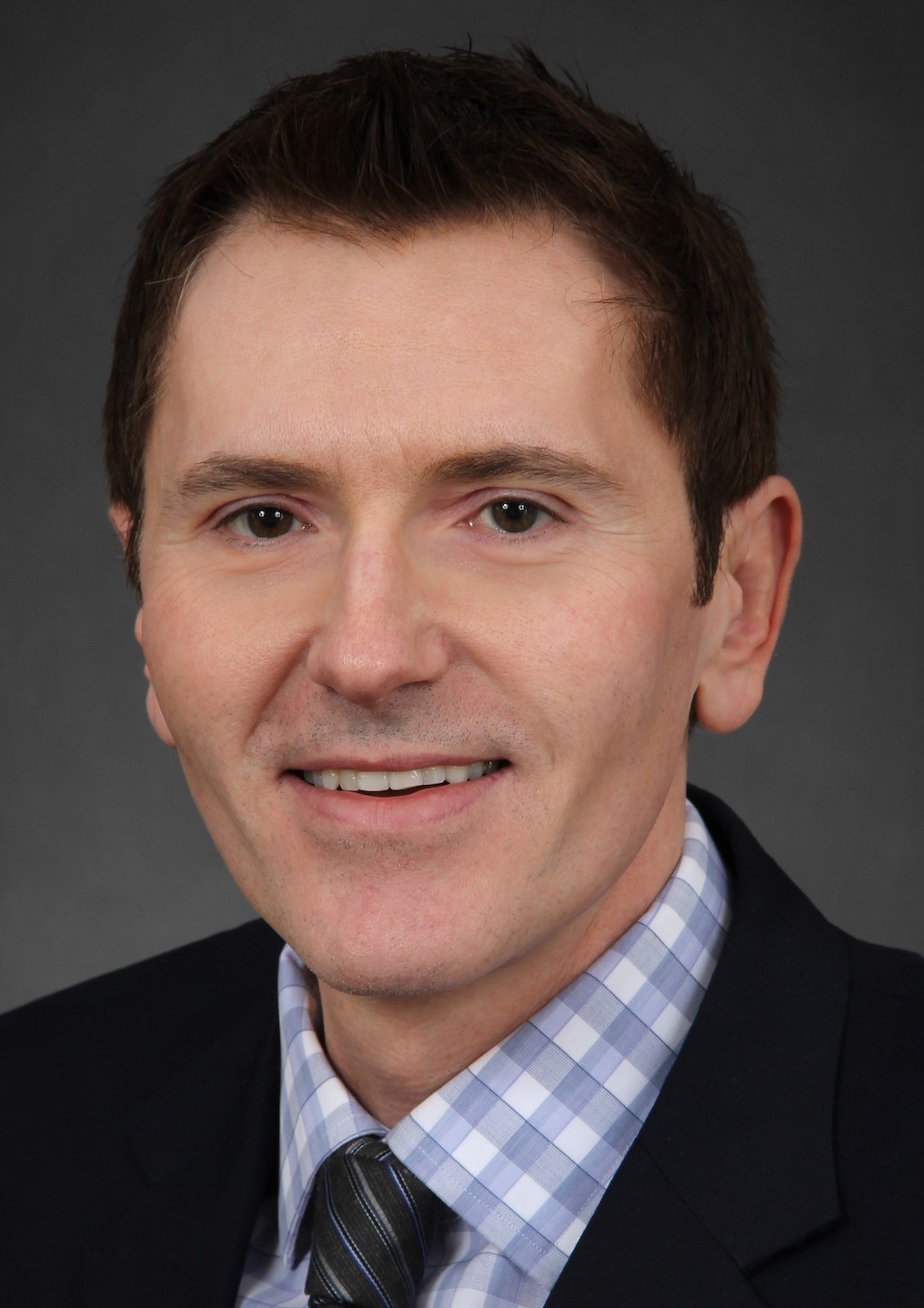 Antonio Facchetti obtained his Laurea degree in Chemistry cum laude and a Ph.D inChemical Sciences from the University of Milan. In 2002 he joined NorthwesternUniversity where he is currently an Adjunct Professor of Chemistry. He is a co-founder and currently the Chief Technology Officer of Flexterra Corporation. Dr.Facchetti has published more than 510 research articles, 13 book chapters, andholds more than 120 patents (H-index 107). He received the 2009 Italian ChemicalSociety Research Prize, the team IDTechEx Printed Electronics Europe 2010 Award,the corporate 2011 Flextech Award. In 2010 was elected a Kavli Fellow, in 2012 aFellow of the American Association for the Advanced of Science (AAAS), in 2013Fellow of the Materials Research Society, in 2015 he became a Fellow of the RoyalSociety of Chemistry, and in 2016 a Fellow of the ACS Polymeric Materials Scienceand Engineering. In 2010 he was selected among the "TOP 100 MATERIALSSCIENTISTS OF THE PAST DECADE (2000-2010)" by Thomson Reuters and in2015/2016/2017/2018 recognized as a Highly Cited Scientist. In 2016 he has beenelected a Fellow of the National Academy of Inventors and was awarded the 2016ACS Award for Creative Invention. In 2017 he was awarded the Giulio Natta GoldMedal from the Italian Chemical Society for his work on polymeric materials and in2019 he was inducted into the Advanced Materials Hall of Fame. Dr. Facchetti’sresearch interests include organic semiconductors and dielectrics for thin-filmtransistors, metal oxides and hybrid semiconductors, conducting polymers, molecularelectronics, batteries, and photovoltaics. 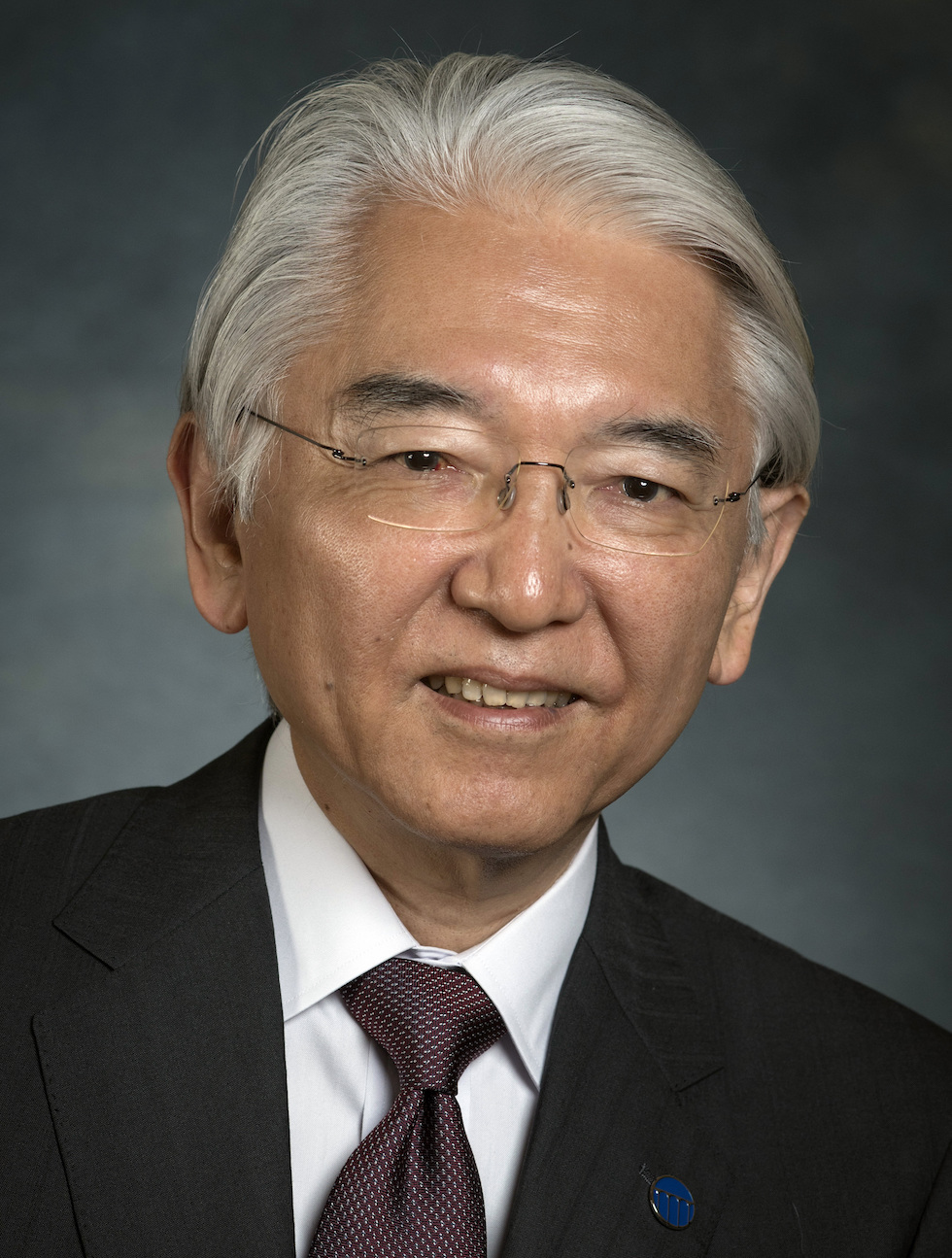 Dr. Kazunori Kataoka is the Director General of the Innovation Center of NanoMedicine (iCONM), Kawasaki Institute of Industrial Promotion. He is also a Professor Emeritus, The University of Tokyo. He received his Ph.D. (1979) in Polymer Chemistry from The University of Tokyo. He started his academic career at Institute of Biomedical Engineering, Tokyo Women’s Medical College as Assistant Professor (1979) and was promoted to Associate Professor in 1988. He moved to Department of Materials Engineering, Tokyo University of Science in 1989 as Associate Professor and was promoted to full Professor in 1994. He then moved to Department of Materials Engineering, The University of Tokyo in 1998 as full Professor. He was appointed joint-position of full Professor at Center for Disease Biology and Integrative Medicine, The University of Tokyo Medical School in 2004. In 2016, he moved to the Innovation Center of NanoMedicine (iCONM), Kawasaki Institute of Industrial Promotion as the Director General. He has been appointed as Adjunct Professor at Eshelman School of Pharmacy, University of North Carolina Chapel Hill since 2015. He has received several scientific awards, including the Award of the Society of Polymer Science, Japan (2000), the Clemson Award from the Society for Biomaterials, USA (2005), the Founder’s Award from the Controlled Release Society (2008), NIMS Award (2009), The Commendation for Science and Technology by the Minister of MEXT, Japan (2010), Humboldt Research Award from Alexander von Humboldt Foundation (2012), Leo Esaki Prize (2012), and Princess Takamatsu Cancer Research Fund Prize (2017). He has been elected as a Foreign Member of the US National Academy of Engineering (NAE) and as a Fellow of the US National Academy of Inventors (NAI) since 2017. In 2018, he was installed Doctor Honoris Causa (Dr.h.c.) at Johannes Gutenberg University Mainz, Germany. He has been on the board of over 15 international journals, including Editor of Journal of Biomaterials Science, Polymer Edition and Associate Editor of ACS Nano (American Chemical Society). His current major research interests include supramolecular materials for nanobiotechnology, focusing on drug and gene delivery systems. 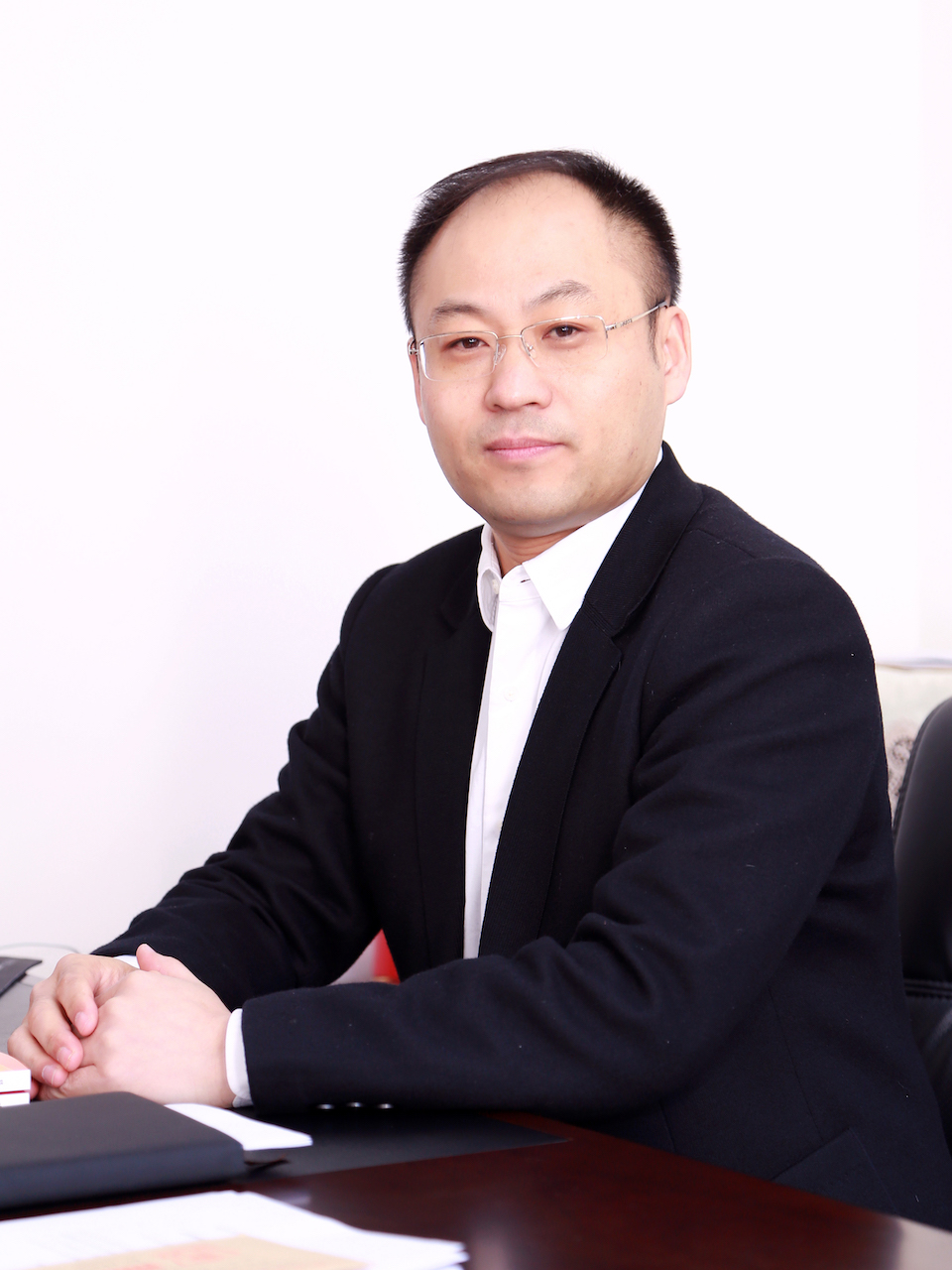 Materials by Design Via Simulations of Atomistic Structures

Prof. Yanming Ma received his Ph.D (2001) in Jilin University, China, and then spent several years at the Steacie Institute for Molecular Sciences, National Research Council, Canada (2002-2004) and Laboratory of Crystallography, Zurich, ETH (2006-2008) for postdoctoral researches. He is currently Au-Chin Tang Professor and Dean of College of Physics in Jilin University. His research interests mainly focus on development of simulation methods (e.g., CALYPSO at http://www.calypso.cn) on crystal structure prediction and large-scale electronic structure calculations of materials, and the use of these developed methods to design novel materials (e.g., hydrogen-rich superconductors, superhard materials, and electrides) under high pressure conditions. His prediction of clathrate structured LaH10 superconductor creates the record high superconductivity at a near room temperature of 260 K. Prof. Ma has published >340 Peer-reviewed papers and given more than 100 invited talks in conferences and universities, and is the recipient of a highly cited researcher (2017-2019) from Clarivate Analytics. He received the Jamieson Award for High Pressure Science and Technology (2001) and the very first Walter Kohn Prize for Quantum-mechanical Materials and Molecular Modeling from International Center for Theoretical Physics (Trieste, 2016). 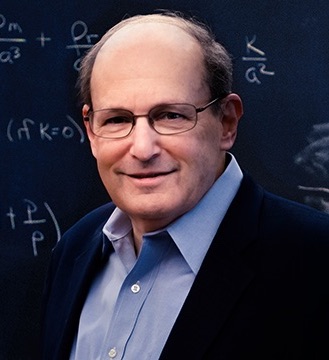 Steinhardt received his Bachelor of Science in Physics at Caltech in 1974, and his Ph.D. in Physics at Harvard University in 1978 where his advisor was Sidney Coleman.[1] He was a Junior Fellow in the Harvard Society of Fellows from 1978 to 1981; rose from junior faculty to Mary Amanda Wood Professor the University of Pennsylvania between 1981 and 1998, during which he maintained a long-term association with the Thomas J. Watson Research Center; and has been on the faculty at Princeton University since the Fall of 1998. He co-founded the Princeton Center for Theoretical Science and served as its Director from 2007 to 2019. 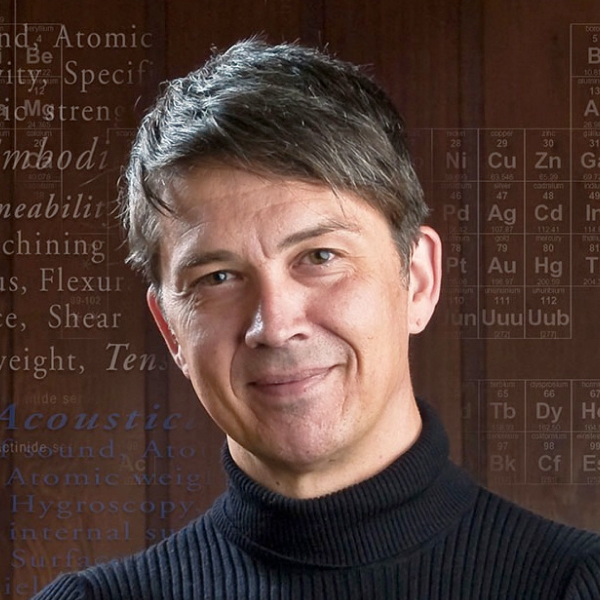 *Gerbrand Ceder* is the Samsung Distinguished Chair in Nanoscience and Nanotechnology Research in the Department of Materials Science and Engineering at UC Berkeley and a Faculty Senior Scientist at Lawrence Berkeley National Lab. His research interests lie in computational and experimental materials design for clean energy technology and in Materials Genome approaches to materials design and synthesis. He has published over 500 scientific papers, and holds more than 50 U.S. and foreign patents. He is a member of the National Academy of Engineering of the US and the Royal Flemish Academy of Belgium for Science and The Arts. He is a Fellow of The Materials Research Society, the Metals, Minerals and Materials Society, and the American Physical Society, and has received awards from the Electrochemical Society, the Materials Research Society, The Metals Minerals and Materials Society, and the International Battery Association. He is a Lead Scientist for new battery technologies at the Joint Center for Energy Storage (JCESR) of the US Department of Energy. He is a co-founder of Computational Modeling Consultants, Pellion Technologies, and The Materials Project. He has a H-index of 147.